In Jesus’ day, it was not uncommon for “holy” men to figure out ways to have sex with the women they wanted and cast them aside while still technically following the law of Moses.  For example, there was the practice of incredibly short term marriages where a powerful man would “marry” a woman he desired, have his way with her, and then get a divorce.  It is this practice that is at least partially the reason behind the next passage in the Sermon on the Mount and is also behind the question posed to Jesus in Matthew 19: Is it lawful for a man to divorce his wife for any reason?

The thing Jesus is warning against, here, is not the momentary response we might have at running across a good looking woman or man in passing.  The Greek here – pros to epithymesai – spells out a very purposeful, intentional action that gets lost sometimes in the traditions and expediencies of English translations.  Anyone who looks upon a woman for the purpose of (pros) coveting/craving/taking her (epithymesai).  It is a very intentional action whereby someone actively engages in the process of craving someone – a craving that was responsible for all kinds of reprehensible practices under the technicalities allowed by the Torah.  It is the sin of David toward Bathsheba that ended in rape and murder.  It was the basis for the powerful in Israel to take what they wanted from a woman and cast her away, and in the society of the day, it was unlikely she would ever find a husband after that, which would also spell economic ruin.

This is why Jesus will condemn divorce in the very next passage – the Old Testament law around divorce was the key that made the whole oppressive, awful thing work.

Much like the last section urged the faithful not to become like the powers that oppressed them in terms of legal disputes, now Jesus urges them not to become like the powers that oppress them physically and sexually.  How easy it would be for men to imitate the Sanhedrin, the priests, or the otherwise powerful in this regard.  And you can see how this fits right in with Jesus’ exhortations about the salt losing its flavor and the light of the world.

Like the previous teaching, treating others in the community in this way is incredibly damaging to them as well as putting you in danger of being judged along with the world that you imitate, and this brings us to the second portion of the passage.

Gehenna (the word translated Hell in many English translations – thank you, King James) was an actual physical location outside the walls of Jerusalem.  Tradition held that it was here that unfaithful Israel would sacrifice their children to Molech by burning them.  It was cursed ground, and in Jesus’ day, it was used for nothing but dumping garbage and burning waste.  It is from here that we get some of Jesus’ – by way of Isaiah – most terrible images of flames that never go out and perpetual worms. 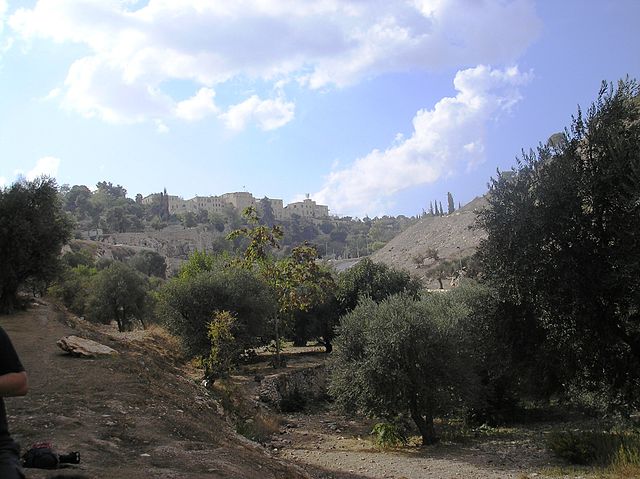 It also is famous for appearing in one and a half prophecies in Isaiah.

One is a verse where Isaiah describes what will happen to the Assyrian when God delivers Israel from them:

For his burning place (Topheth/Gehenna) has long been prepared; truly it is made ready for the king, its pyre made deep and wide, with fire and wood in abundance; the breath of the Lord, like a stream of sulfur, kindles it.

It also appears in the last verse in Isaiah, which comes at the end of the prophet explaining that God will deliver and exalt Israel under a righteous king, but then describes the fate of her oppressors – a fate Jesus will quote when talking about being cast into Gehenna:

And they shall go out and look at the dead bodies of the people who have rebelled against me; for their worm shall not die, their fire shall not be quenched, and they shall be an abhorrence to all flesh.

This fits right in with the rest of the Sermon on the Mount and everything we have read in Matthew up to this point: if you become like the present world system, you will receive the judgement of the present world system.  Thus the intensity of Jesus’ examples: it would be better to lose a hand or an eye than for your entire body to be killed, cast out, and destroyed in the judgement when God delivers his people and destroys their oppressors.

How thorough and subtle the temptation for faithful Israel to become like the chief priests, scribes, Sanhedrin, certain Pharisees, and how those very men are held up as what “righteousness” looked like!  It is vitally important to Jesus that his audience is nothing like them, that they give up those ways for the ways of true Israel – ways of compassion and justice and taking care of those who are weak and marginalized.  And they are ways that apply not just in terms of personal morality, but the way the whole community functions economically, legally, and even sexually.